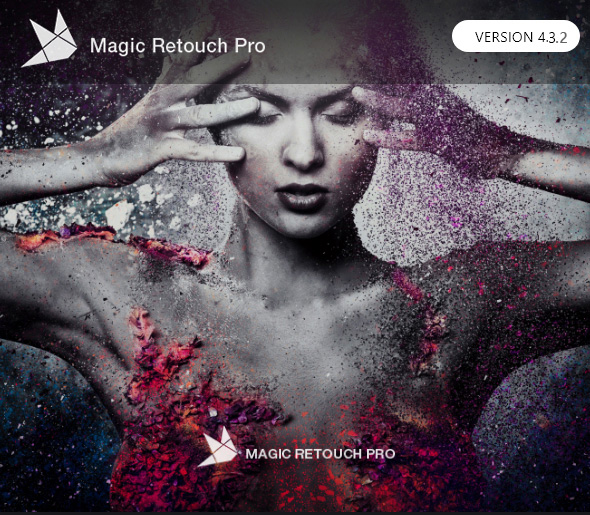 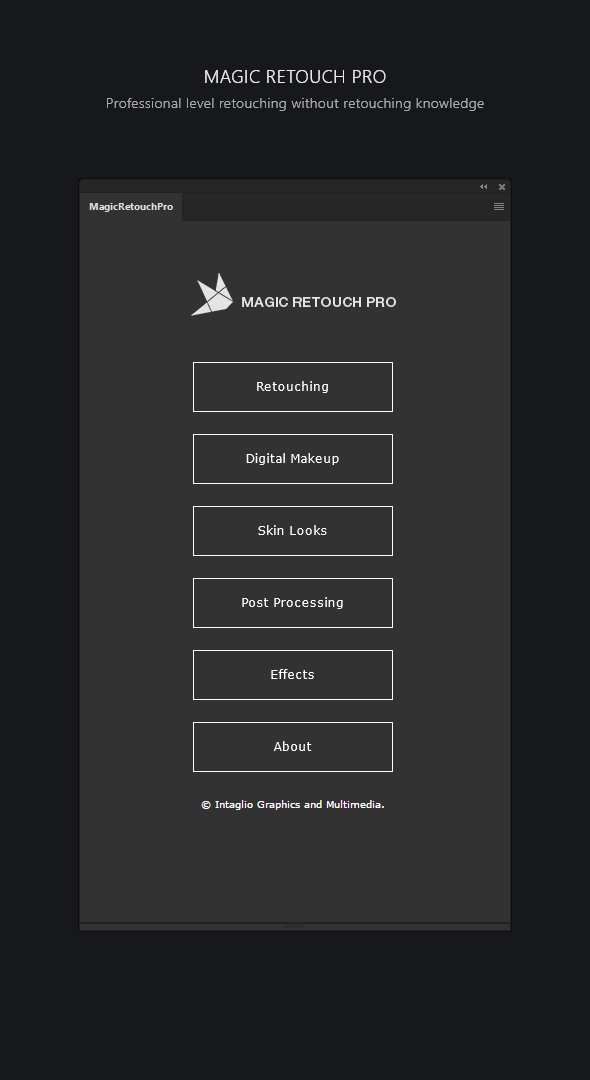 This product will only work with Photoshop CC English version only. Photoshop CS6 and below is not supported and will not work.

Magic Retouch Pro is a plug-in for Photoshop with which you can do professional level of photo retouching without any knowledge of retouching.

With Magic Retouch Pro. You can do professional-level retouching, without any retouching knowledge. The plug-in is beautiful and intuitive to work with. Get the results faster by using sliders, instead of actions.

Magic Retouch Pro, is updated on a regular base. We add new features, and bug fixes, to improve the quality of this product, based on our user feedback.

Magic Retouch Pro, can be used in plug-in panel mode. The panel can also be positioned anywhere you want, and can also be docked.

Magic Retouch Pro is easy to use with a lot of learning resources, such as PDF User Guide, and video tutorials.

With rich feature set and low price. Magic retouch pro, is a perfect retouching package, for amateur and professional photographers. 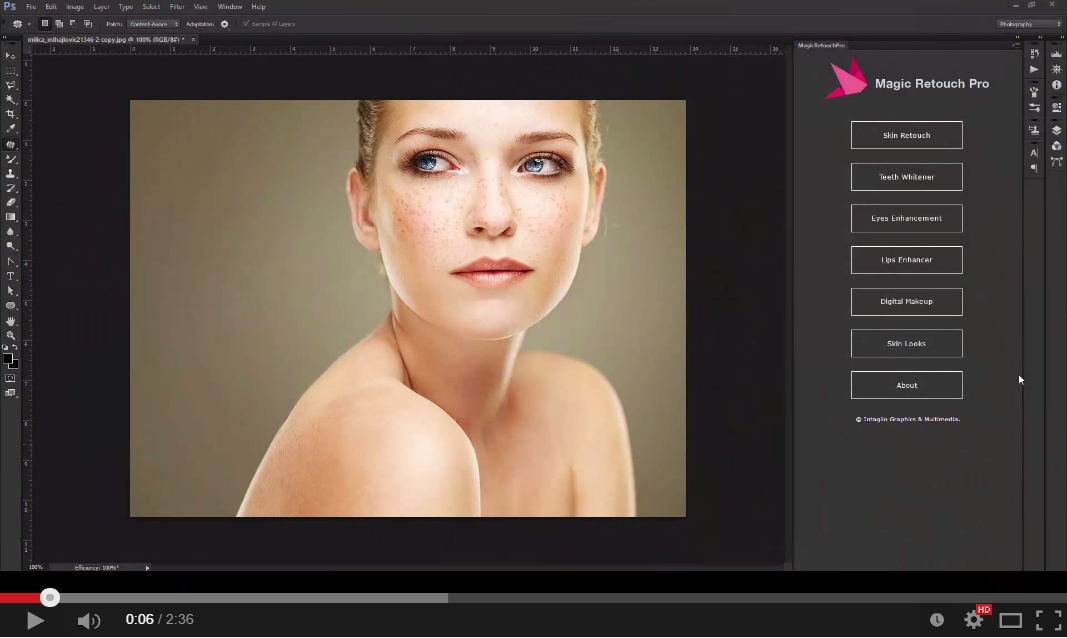 Important: If you purchase this product make sure that “Sample All Layers” is checked otherwise it will not work. You can find details in documentation.

● Integrated into Photoshop as the panel.

“This plugin is AMAZING .. is a Must Have to All the Photoshop Users.
Keep the Good Work Mudi
Thanks” – wiseman56

“This rocks. I have limited skills in Photoshop and ZERO ability to do retouching. After using this action for less than a minute I removed acne and crappy discoloration from a picture. WOW !!!
Thanks” – kemrich

“This is amazing dude! Gonna get loads of sales “ – MikeMoloney

“straight to the cart mudi” – angelcano

“Works perfect on Vista & CS6. Really the easiest way of retouching and professional results! And also the best tutorials I’ve ever seen. Amazing! Thank you.” -egorov441

“Im using it now. Yes yes yes!!! It is excellent! Thank you!” ColorfulUmbrella

“Purchased, installed and working like promised. Awesome tool. Thanks for this nice job.” alcantaradesign

● UI improvements for users who use light theme of Photoshop.
● Fixed bug in Teeth Whitener which is not whitening the teeth properly.

NOTE: All the above mentioned changes & features in v2.5 are only for Photoshop CC 2014.

Note: This plug-in is tested on English version of Photoshop only.

Customers are what make the products better by providing us feedback, bug reports, user experience and new features requests. We are looking forward for your precious feedback.